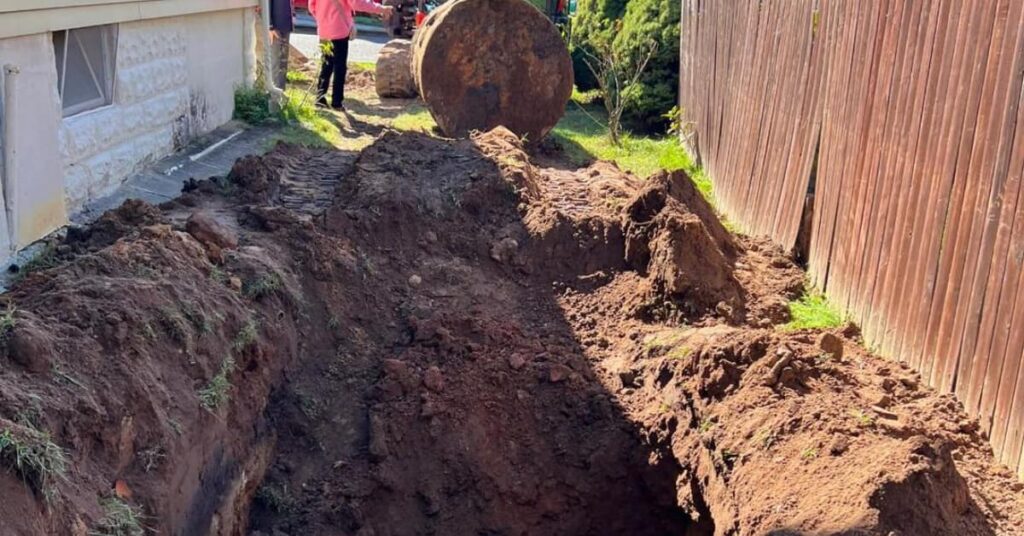 Overview of Underground Oil Tank Removal in NY and What To Know.

In 2021, around 5.3 million households used oil to heat their homes. While that may sound like a significant number, the use of heating oil has declined since its peak in the 1970s.

What happens when you switch from oil to another energy source, such as natural gas or electricity? You must decommission or remove your oil tank.

Experienced professionals should manage underground oil tank removal here in New York and other states. Read on to learn more about removing an oil tank safely.

Why Does My Home Have an Underground Oil Tank?

Before the installation of natural gas lines, most residential furnaces used oil. The homeowner had to store the fuel oil in a tank outside of the home.

Heating oil tanks were large and unattractive. They were also a target for thieves and vandals.

Burying the tanks underground became common. If you live in a home built before 1982, it shouldn’t be surprising to discover a buried heating oil tank.

How to Locate a Home Oil Tank

In many cases, a homeowner buys a home without realizing there’s a buried tank on the property. Since it’s an outdated heating method, previous owners may have lost track of the tank’s existence.

If you’re buying a home in NY and order a home inspection, your inspector will likely search for evidence of an old underground oil tank.

For the curious homeowner, locating a tank starts by looking for a fill pipe and vent pipe. You’ll find one or both on the exterior of the home.

Fuel oil tank removal should include the removal of the fill and vent pipes. Whoever removes the tank should cut the pipes and fill them with concrete.

Finding pipes sticking out of the ground usually means the tank is still buried. Either that or the previous owner didn’t hire a professional for removal.

Tip: If you suspect a buried tank but can’t find any evidence, you can have an oil tank sweep of the area around your home.

Why You Should Consider Removing Your Underground Oil Tank

An expired tank has a higher chance of leaking. It’s an out-of-sight, out-of-mind scenario. Many homeowners forget about the tanks/

A forgotten underground tank can leak for quite a long time before it’s discovered. Even a tiny oil tank leak can cause severe damage if undetected.

Corrosion and age can cause a compromise in the tank wall. This allows oil to leak out and contaminate the soil. Oil can also infect the groundwater.

Not only does a leaky oil tank create an environmental problem, but it also may cause health and safety hazards for people.

Another Reason to Remove A Buried Oil Tank

Are you buying or selling a home? If so, sellers usually must disclose an underground heating oil tank.

The existence of an underground tank can cause complications when selling a home because many buyers don’t want the liability of this type of hidden hazard.

Some lenders and homeowners’ insurance providers will not underwrite loans or policies on properties with buried oil tanks. The presence of an underground tank may also devalue the property.

Steps to Take Before Removal of an Oil Tank

While it doesn’t sound like a complex process, removing an oil tank takes several steps.

First, you’ll need to empty any remaining oil. Once you remove the oil, you must have the tank thoroughly cleaned.

The heating oil is dirty. Over time, particulates accumulate on the bottom of the tank, and sludge builds up. You must clean the tank before removal because you can’t take a dirty tank to a recycling or disposal facility.

You may also need a permit from your city or county before you can remove the tank. In New York, only three counties, Nassau, Suffolk, and Westchester, regulate underground oil tanks. That doesn’t mean other counties don’t require a building and plumbing permit for removal.

To ensure you follow proper protocol, it’s best to check with your local building department.

The average homeowner can tackle many home maintenance projects on their own. For several reasons, removing an underground oil tank in NY is not a DIY endeavor.

Removal requires specialized knowledge and experience. Without a professional, you risk violating your city’s oil tank installation and removal codes and regulations.

You also risk causing an oil spill if you haven’t completely emptied the tank.

Don’t forget about environmental laws. You could be liable for oil seeping into soil or groundwater due to improper tank removal.

A professional underground oil tank removal company in NY will follow all rules and regulations when removing your buried oil tank. This relieves you of worrying about breaking laws or putting yourself and your household at risk.

How To Remove an Underground Oil Tank

After obtaining the necessary permits, the removal team will arrive and remove any debris left in the tank.

Next up is emptying any remaining oil and cleaning the tank. Once complete, excavation around the tank can start so that the removal team can pull the tank from the ground.

Most states require soil sampling and mitigation of any contamination. Every state follows its protocol for reporting tank disposal.

The final step in the removal process for underground oil tank removal in NY is soil remediation.

Underground oil tank removal in NY shouldn’t be something that causes you to worry. Once you’ve decided to remove the tank, it’s time to find a professional company to handle the project.

If you’re located in New York, Stewart Environmental specializes in removing and disposing of underground oil tanks. We’ve handled jobs like yours since the early 1990s and stand by our reputation as leading environmental contractors.

Contact us today for a free quote and to discuss underground oil tank removal in NY. 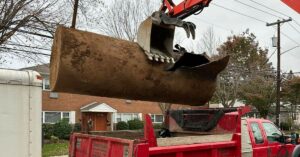 Do You Need a Permit to Remove an Oil Tank in NJ?

Moving forward on a project without pulling a permit could land you in serious trouble. Depending on your city and county regulations and the project 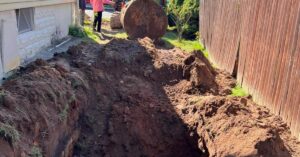 Overview of Underground Oil Tank Removal in NY and What To Know. In 2021, around 5.3 million households used oil to heat their homes. While that may